Disclaimer: Particles and environment used in this project are from Unreal Engine Marketplace. Sounds effects are from zapsplat.com.

This year at my university, I specialise in character animation for movies and games so I thought I’ll participate in Search For A Star competition which challenged and motivated me last year.

When I looked at Search For A Star 2020 brief I knew how I was going to approach that project because I’ve participated in this competition last year. This time, I’ve decided to make sure animation sequences work in UE4. Last year, I was told that it’s good to have an actual gameplay animation on animation showreel so I’ve done a few additional animation sequences.

The character which I’m using is modelled by Nikola Milievi and rigged by Kiel Figgins: https://www.turbosquid.com/FullPreview/Index.cfm/ID/1283942?referral=kielfiggins

In terms of what kind of game this animation sequences would fit into; I’ve decided to animate the character as if it was for a game like Witcher 3 or Dragon Age: Inquisition. In that kind of games, the player can see the character from each side so I was making sure it looked all right from each perspective, but my main focus was on the back view because that’s how the camera shows the character.

When I looked at the design of the rig, I have decided that I will create a rough character personality to help me figure out what will drive intentions, feelings and characters movements.

It helped me a lot to add depth to the main character.

The concept was to make her sassy and constantly analysing what’s around her. She knows how to use fire to attack her opponents. It was tough to make sure that animation was responsive enough so I’ve started from doing a rough version of each sequence to figure out the timing.

That's the breakdown of animation sequences for the competition:

The character waits impatiently for a battle, looking around, getting ready by constantly creating a small fireball which quickly disappears.

That state illustrates gathering energy to be able to strike the opponent again.

Fiery witch gathers the fire underneath her and releases in front of the opponent with an explosion to deal the highest possible damage.

Heavy breathing means the main character has lost most of her energy and she can’t move… That’s why the player has to power up by pressing space.

Seducing way of walking makes her more dangerous because opponents underestimate her by thinking she’s just a pretty girl. Yes, she is. But she’s a powerful warrior too.

She can run pretty quickly to make sure she avoids any danger.

When she needs to destroy the enemy quickly, that’s the easiest way to do so. Quick fireball does the job, but it’s less powerful than release.

When Samantha organises a show of the fire, usually someone dies. In this case, it’s an orc.

I was inspired mainly by Witcher 3 and Dragon Age: Inquisition and many cinematics advertising games like World of Warcraft and League of Legends.

Brainstorming was a pretty quick process because I knew at that stage which character I’ll use. I wanted to create a good looking choreography and then connect animation with particles. At some point, I’ve decided to use fire attacks because they looked the best to me.

I’ve made many sessions to figure out the movement because what looked good in Premiere, it didn’t look good in rough blocking.

Those are just a few screenshots from my video reference (blurred on purpose):

All four animation sequences were completed in about three weeks. I am really glad to see how much I improved animating skills during that period. To produce that project, I have used Autodesk Maya 2018, UE4 and Premiere 2018. Throughout the animation process, I’ve used a mixture of the pose to pose method combined with straight-ahead animating to plan it better and at the same time to avoid losing spontaneity.

In the beginning, I was just creating a few quick poses from my head to test what’s the best timing because responsiveness was the most crucial.

Programming the movement, attacks and the enemy

I didn’t know much about blueprints and programming, but I’ve learned how to create a       third-person view fantasy game by watching lots of tutorials on YouTube. Those are just a few examples of the blueprints which I’ve created to produce an actual interactive game where your actions affect the enemy.

Then, I’ve done blocking in stepped mode using video reference shot before. Breakdowns and in-betweens came right after. Then I’ve used auto tangents and I’ve started to refine each sequence by tracking arcs, cleaning curves in the graph editor, offsetting selected body parts and making sure there was an overlap, especially on wrists and head.

I’ve taken care of the sound too because that’s 50% of the success of a game. I wanted to have an amazing environment and FX in the game so I’ve got environment and particles from UE Marketplace:

After testing the gameplay I’ve realised that default lighting and the environment wasn’t conveying the mood which I was going for so I’ve changed it. Also, I’ve combined few sound effects from Zapsplat.com and a few visual effects to make a game more interactive.

There are still some bugs in a game and I wish I would have more time to refine animation. However, I suppose I did fine with the project considering time constraints. I hope whoever plays that short game, will enjoy it.

Hey Maciej I just wanted to drop a quick thank you! Checking out all the SFAS animation entries, yours really inspired and reminded me why I want to be a game animator too.  So Thank you and good luck!

Thank you! That's really nice what you just said :D good luck in your path of becoming 3D animator!!! 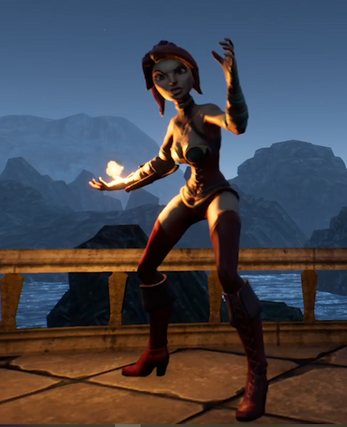 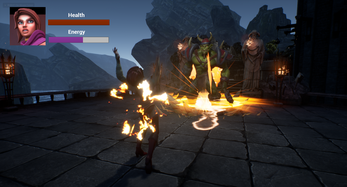 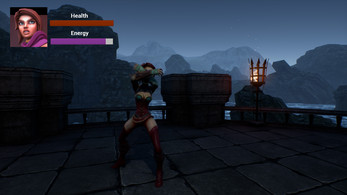 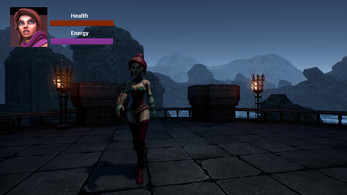